(Flashcards mobile app)A flash cards mobile app with the developer whose idea this app is, Fadi Banna. February 2020
‍
* the app is still under development and the following content will be updated regularly.
‍
Role |
Research, Sketching, Prototyping, Visual design.

Concept |
Fadi's idea was creating a better app for flashcards than the ones that are currently available. This thought came up after he was trying to practice Japanese writing using existing apps and none of them has fulfilled his needs to do so.

Tools |
Photoshop
Illustrator
Adobe XD
ResearchThe first step I made to understand the problem and create a solution was researching the existing apps and tried to analyze the negative and positive aspects for me to determine what to do and what not to do.
Also I reviewed the conclusions that Fadi has already from researching, experience and surveys.
‍
Since this is an app that easily can be done as an analogous version (real cards hand written), I think it should have additional features that would be complicated and not efficient to be done physically and this would make the app stand out.
Like:

Adding content as text/ image/ sketch
Flexibility & editable content
Feedback:
Statistics and progress tracking
Quizzes, the fun part
Sharing
Import & Export data
Also I thought about what this app shouldn't be, learning from the negative aspects I found during my research.
Studying and learning is known to be boring and it takes a lot of motivation and consistency in order to reach your goals. Dull, not interesting and extremely basic apps leave the user with a poor experience that is not pushing him towards achieving his goals, therefore, he will not come back.
However, an overwhelming experience with too much information on the screen and too much clutter would leave the user confused and push him to the same direction of an unmotivated and frustrated state and away from his goals.

PersonasCreating personas helped me create empathy and understanding for the user that I am designing for. Also it helped me define the problems they may face and come up with solutions and features in my final design that would help with solving those problems.
FeaturesAs a conclusion of all the process so far and after defining the pain, needs and possible solutions for the personas, now I could list the features that are critical, important and nice to have in my final product.

Study PlanIn order to make sure that the user will have the ability to be consistent and organized and not get overwhelmed with tasks. I found that the solution would be to be able to make a plan, it's easier and more efficient to achieve your goals when you have a plan and deadlines set.
Therefore, I added the schedule features which is a calendar that the user can add events to it such as an upcoming exam or maybe a trip that he would like to learn basic travel phrases of a foreign language before, and then to setup a plan for studying the set of relevant cards relatively.

Cards hierarchyDuring or discussions and after few tests we concluded that the hierarchy of the cards should be as the following in order to give the user as options and control as possible. 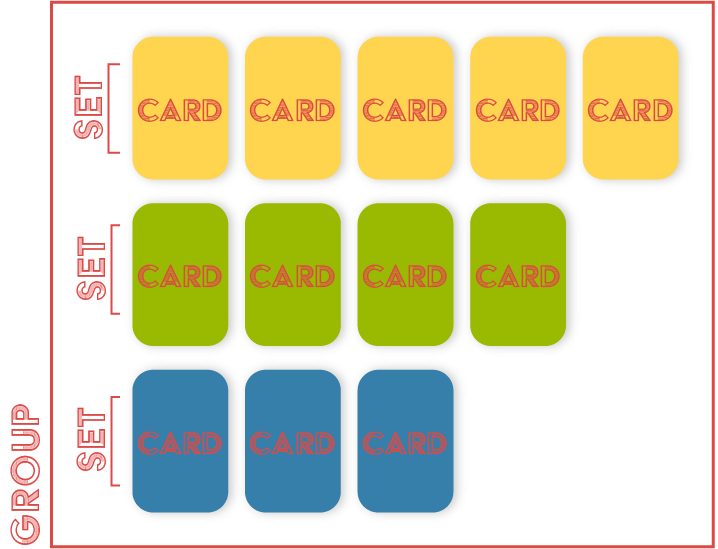 Card typesIn addition to the cards being able to be filled with either text/ image or a sketch, I also figured that we will need more than one type of cards so we can create quizzes that can be randomized:
1) Cards that are 2 sided - then when the user picks a random quiz it might appear on either sides, meaning questions randomly generated either the front or the back of the card.
2) Cards that are a question and an answer and in quizzes the questions will only be from the front (question) side.
‍

SketchesFor me sketching is the most efficient way to start thinking about solutions and designing. Below are the sketches of 6 options for the starting page and the second page in the flow and the ones I actually chose after comparing and discussing them with my mentor and other people. 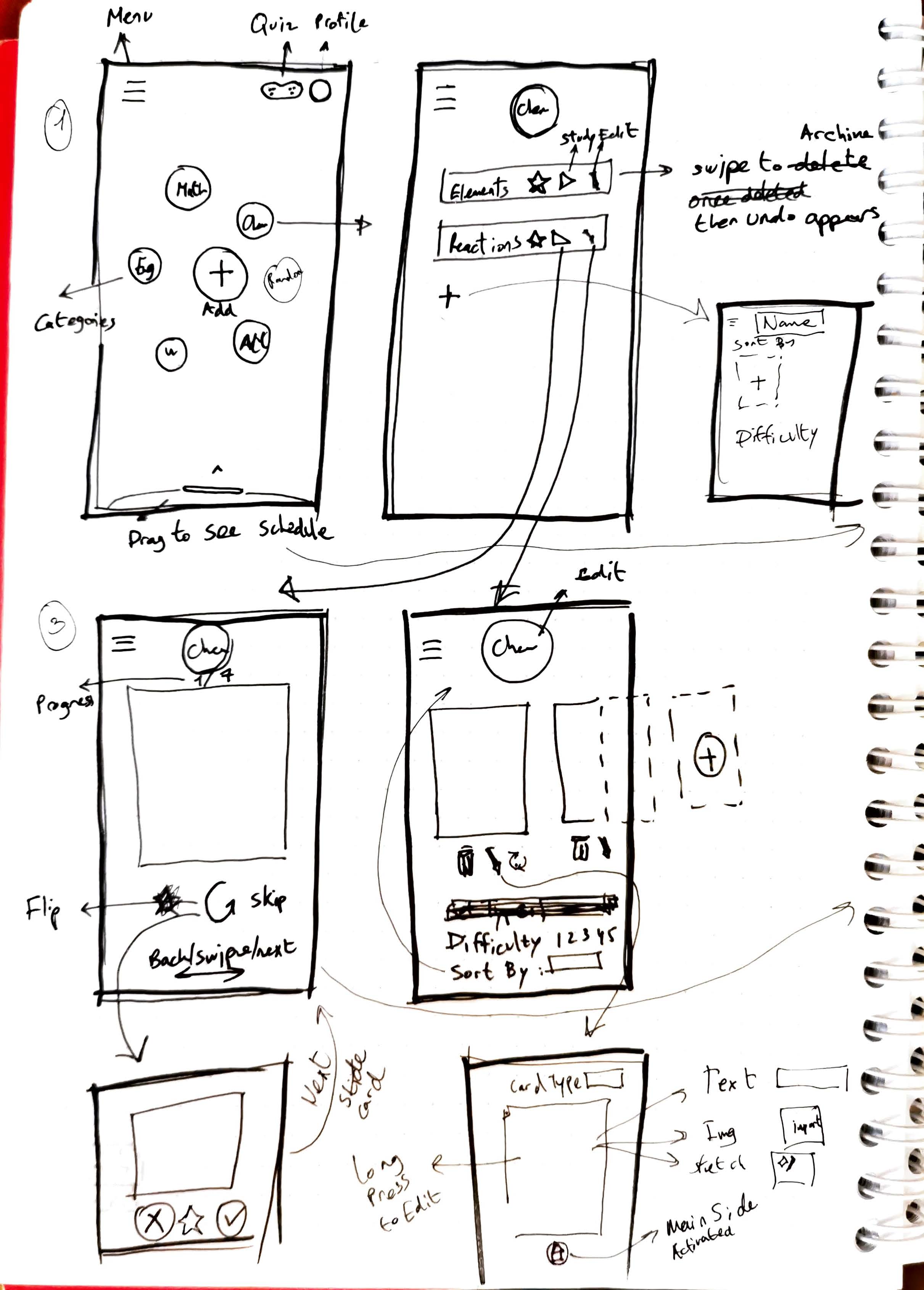 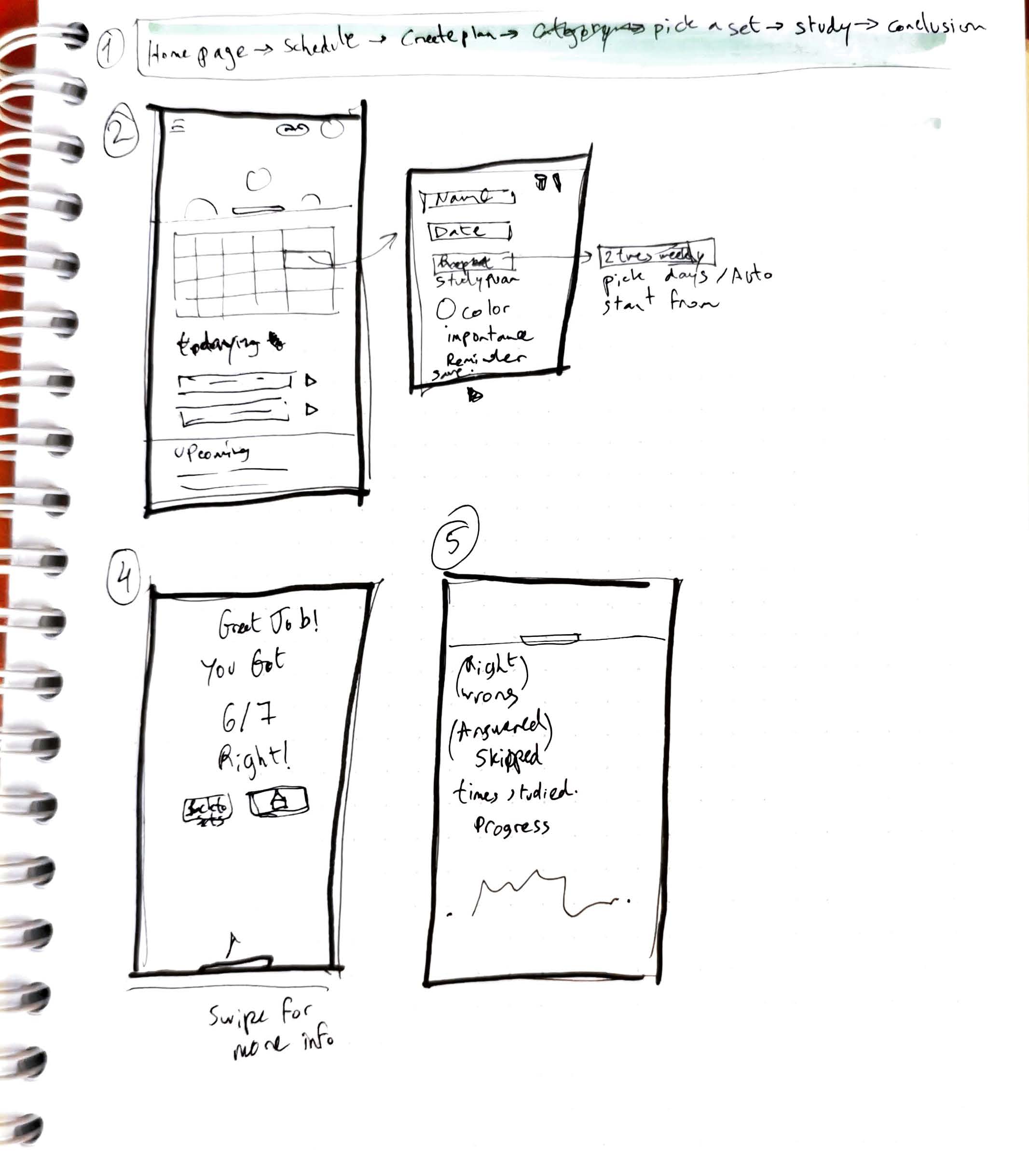 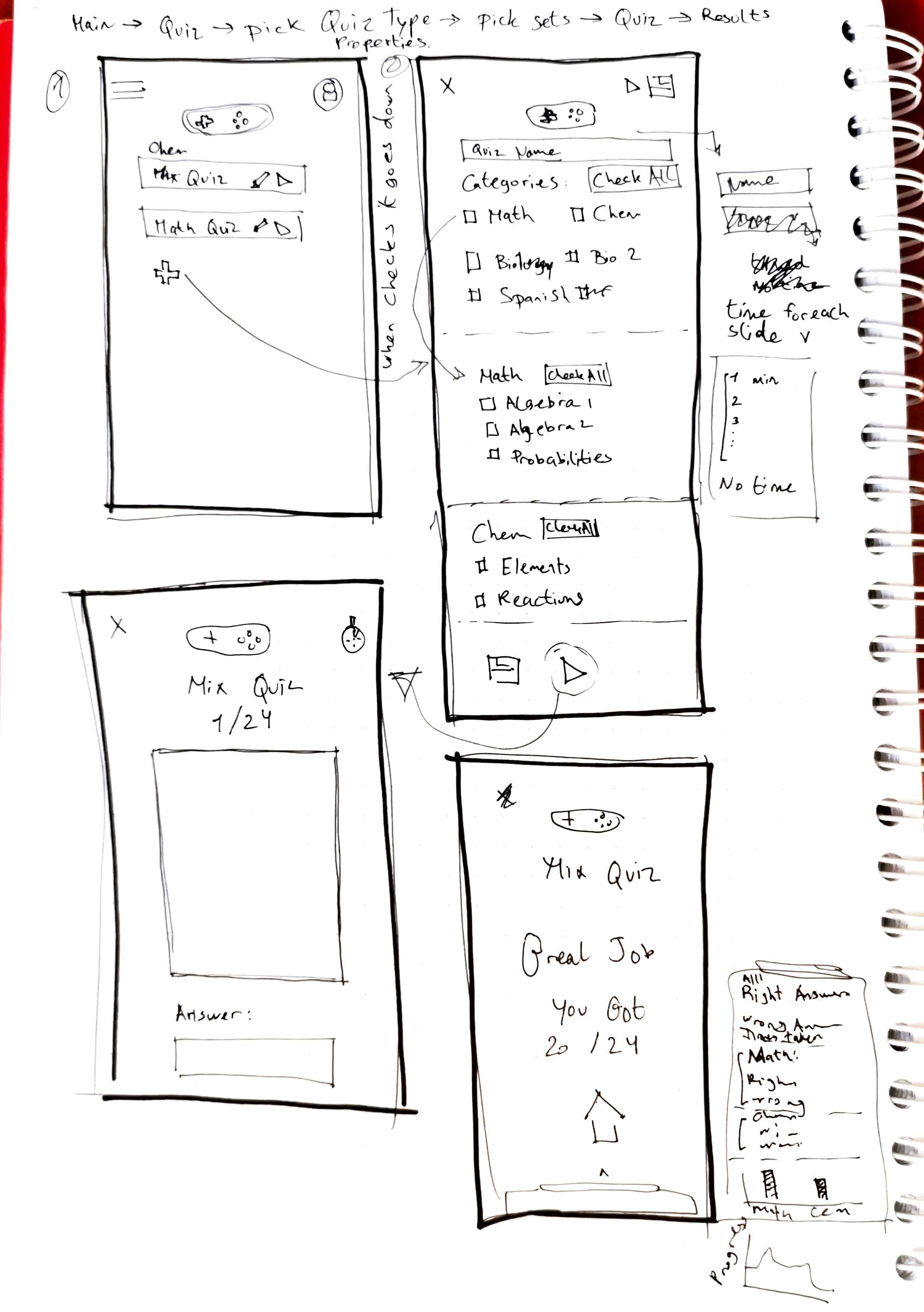 User Task Flows1) A flow in which the user can complete studying a chosen set of cards.

2) A flow in which the user can edit the group, the set and the cards.

3) A flow in which the user creates and completes a quiz. 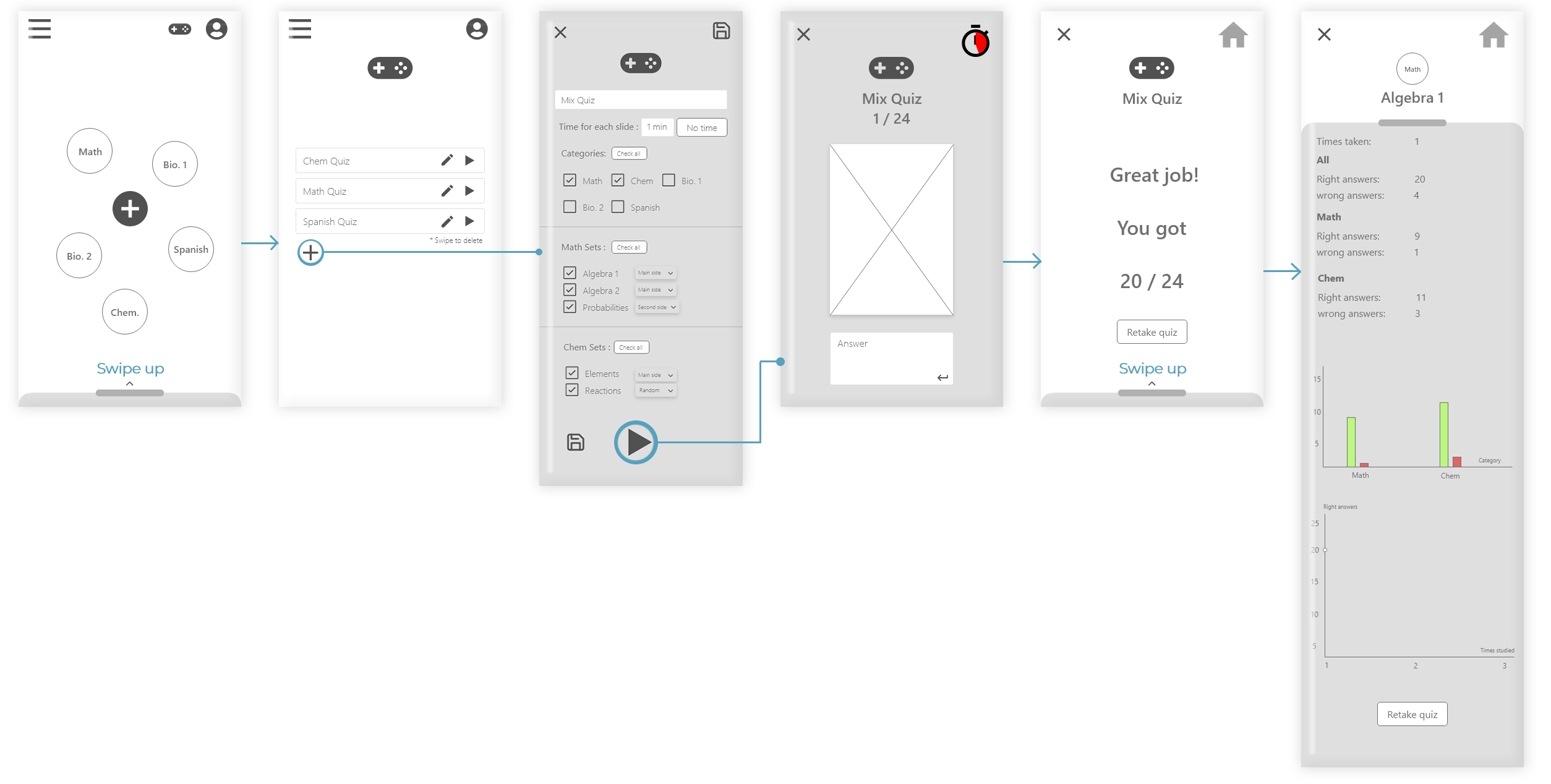